all the Jews that are present in Shushan,

and fast ye for me,

and neither eat nor drink three days,

I also and my maidens will fast likewise;

and so will I go in unto the king,

which is not according to the law:

and if I perish, I perish.

17 So Mordecai went his way,

and did according to all that Esther had commanded him.

A marvelous account of how the Jews were saved can be found in the Book of Esther.

It's a lovely story of many twists, and turns, involving the saving of the lives of Mordecai, Esther, and the Jews.

Thanks to Mordecai, who initially saved the king's life, from an assassination plot.

And to his orphaned cousin, Esther (who became queen), who declared a three-day fast.

All because Mordecai kept informing Esther of the plans of the jealous grand vizier, Haman.

The latter even had a gallows built that he may have Mordecai executed.

As GOD would have it, King Ahasuerus of Persia thought Haman was attacking his Queen Esther.

The king got hold of his plot against Mordecai.

In a twist of fate, Haman ended up in his own gallows.

Esther also revealed her own Jewish origins, in defense of her people.

According to the king's decree, her people could defend themselves against their oppressors.

That was the best he could do, for he could not reverse a previous decree.

This defense is spoken of in Scripture.

Every year, the Purim, in honor of these three-day-defense, is celebrated among the Jews.

26 Wherefore they called these days Purim

after the name of Pur.

Therefore for all the words of this letter,

and of that which they had seen concerning this matter,

and which had come unto them, 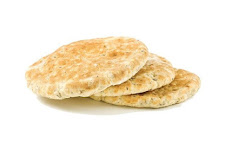